A Country Guesthouse in a Cape Mountain Zebra Nature Reserve

Rolbaken, so named after a beacon on the northern boundary was "rolled" to incorporate a fresh water spring into the neighbouring farm Leeuwenblad in 1849. In Afrikaans, die baken was gerol.

We are situated 40 km south-east of Oudtshoorn.

The property nestles in a long valley in the south-western foothills of the Kammanassie Mountains and has magnificent views of both the Swartberg and Outeniqua Mountains. The property was declared a Stewardship Contract Nature Reserve in August 2013.

Your hosts, Dick and Mary Carr, purchased the property in 2004, moving their Dorper sheep stud from Pretoria to Rolbaken, and then a few years later added free-range eggs and grass fed lamb and mutton to their farming enterprise. However, as predicted by climatologists, the south-western Cape has become drier due to climate change and this measurable change in our local climate has resulted in the property now becoming quite unsuitable for raising livestock. The current drought, that began as far back as 2016, has forced us to stop farming sheep.

Not long after moving to Rolbaken we became interested in the conservation status of the Cape mountain zebra, Equus zebra. This species is endemic to South Africa and their once wide-spread distribution in the south-western Cape has been reduced by the encroachment of agriculture into their habitat. Now only three naturally occurring populations survive. One of these is in the Kammanassie mountains. This Kammanassie population, numbering less than 60 individuals, is now marooned by agriculture in the mountain refuge in rather sub-optimal habitat.

As our contribution to zebra conservation, and in partnership with CapeNaturte's biodiversity stewardship programme, Rolbaken was declared a Contract Nature Reserve under the NEM:PA legislation.  Rolbaken therefore now has the same protected status as a provincial nature reserve or national park.

We are removing fences, our old cultivated areas are under rehabilitation, alien vegetation is being eradicated and some zebra have extended their range and are already grazing on our pastures. Along with this slowly growing zebra population Rolbaken also provides habitat for many other persecuted wildlife species.

The guest-house is situated atop a low hill and has its own shady garden which is safe for children and pets. Originally the local schoolhouse, it has been renovated to include 3 en-suite bedrooms, a dining room, a lounge, a fully equipped kitchen, braai facilities and a large verandah with beautiful views of the mountains and surrounding fynbos.

The property provides great scenery, numerous walks and scrambles, over 100 bird species, mountain fynbos, rare wildlife and irrigation dams to swim in. Bring your mountain bike and enjoy our peaceful country roads. Sit on the lawn at night under the breath-taking Karoo sky, with more stars and meteorites than you have ever seen before and enjoy our rural tranquillity.

Rolbaken is the perfect place to relax in absolute safety.

The Stig paid us another visit yesterday evening.  We haven't seen him for over a year.
Read more 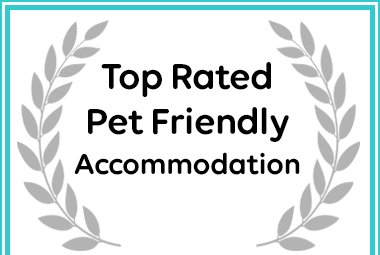 A proud member of the